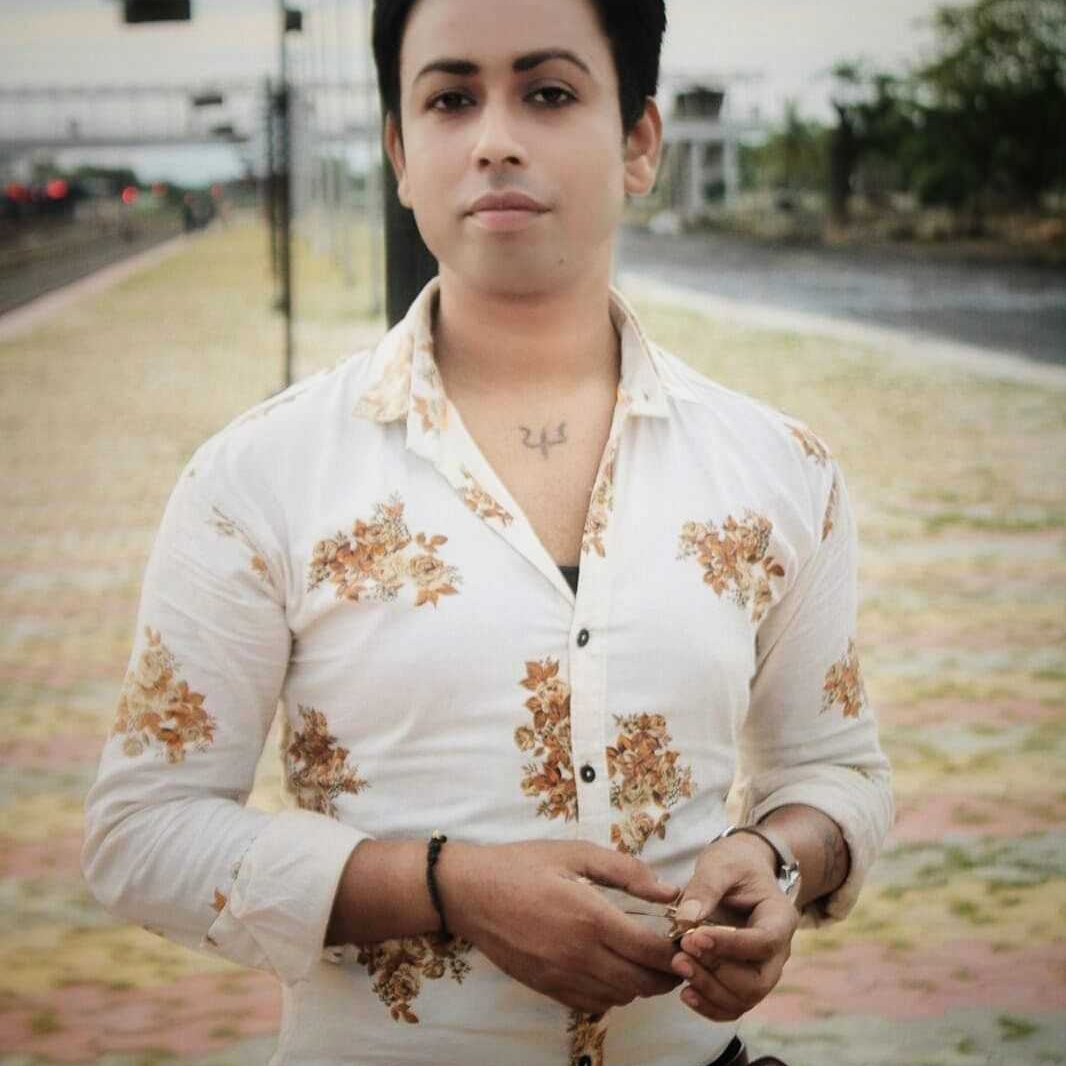 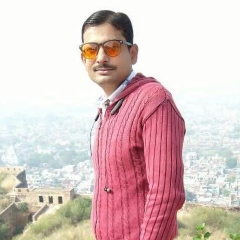 Page 1 :
The Brave Tin, Soldier, There were once twenty-five tin, soldiers, who were all brothers, for, they had been made out of the same, old tin spoon. They shouldered, arms and looked straight before, them, and wore a splendid uniform,, red and blue. The first thing in the, world they ever heard were the, words, "Tin soldiers!" uttered by a, little boy, who clapped his hands with delight when the lid of the box, in which, they lay, was taken off. They were given him for a birthday present, and he, stood at the table to set them up. The soldiers were all exactly alike, excepting, one, who had only one leg; he had been left to the last, and then there was not, enough of the melted tin to finish him, so they made him to stand firmly on, PERPR, one leg, and this caused him to be very remarkable., The table on which the tin soldiers stood, was covered with other playthings,, but the most attractive to the eye was a pretty little paper castle. Through the, small windows the rooms could be seen. In front of the castle, a number of, little trees surrounded a piece of looking-glass, which was intended to, represent a transparent lake. Swans, made of wax, swam on the lake, and, were reflected in it. All this was very pretty, but the prettiest of all was a tiny, little lady, who stood at the open door of the ca, paper, and she wore a dress of clear muslin, with a narrow blue ribbon over, her shoulders just like a scarf. In front of these, was fixed a glittering tinsel, rose, as large as her whole face. The little lady was a dancer, and she stretched, out both her arms, and raised one of her legs so high, that the tin soldier could, not see it at all, and he thought that she, like himself, had only one leg. "That is, the wife for me," he thought; “but she is too grand, and lives in a castle, while I, have only a box to live in, twenty-five of us altogether, there is no place for her., she, also, was made of, 34, Scanned by CamScanner


Page 2 :
losing her balance. When evening came, the other tin soldiers were all placed, in the box, and the people of the house went to bed. Then the playthings, began to have their own games together, to pay visits, to have sham" fights,, and to give balls. The tin soldiers rattled in their box; they wanted to get out, and join the amusements, but they, could not open the lid. The nut-crackers, played at leap-frog, and the pencil, jumped about the table. There was such, a noise that the canary woke up and, began to talk, and in poetry too. Only the, tin soldier and the dancer remained in, their places. She stood on tiptoe, with, her legs stretched out, as firmly as he, did on his one leg. He never took his, eyes from her for even a moment. The, clock struck twelve, and, with a bounce,, up sprang the lid of the snuffbox; but,, instead of snuff, there jumped up a little, black goblin'; for the snuffbox was a toy, puzzle., "Tin soldier," said the goblin, "don'twish for what does not belong to you.", Butthe tin soldier pretended notto hear., "Very well; waittill tomorrow, then," said the goblin., When the children came in the next morning, they placed the tin soldier in the, window. Now, whether it was the goblin who did it, or the draught, is not, known, but the window flew open, and out fell the tin soldier, heels over head,, from the third storey, into the street beneath. It was a terrible fall; for he came, head downwards, his helmet and his bayonet' stuck in between the, flagstones, and his one leg up in the air. The servant maid and the little boy, went downstairs directly to look for him; but he was nowhere to be seen,, although once they nearly trod® upon him. If he had called out, "Here I am," it, 35, Scanned by CamScanner


Page 3 :
would have been all right, but he was too proud to cry out for help while he, wore a uniform., Presently it began to rain, and the drops fell faster and faster, till there was a, heavy shower. When it was over,, two boys happened to pass by,, and one of them said, "Look,, there is a tin soldier. He ought to, have a boat to sail in.", So they made a boat out of a, newspaper, and placed the tin, soldier in it, and sent him sailing, down the gutter, while the two, boys ran by the side of it, and clapped, their hands. Goodness gracious, what, large waves arose in that gutter! and, how fast the stream rolled on! for the, rain had been very heavy. The paper, boat rocked up and down, and turned, itself round sometimes so quickly that, the tin soldier trembled; yet he, remained firm; his countenance'did not, change; he looked straight before him,, and shouldered his musket". Suddenly, the boat shot under a bridge which, formed a part of a drain, and then it was, as dark as the tin soldier's box., "Where am I going now?" thought he., "This is the black goblin's fault, I am sure. Ah, well, if the little lady were only, here with me in the boat, I should not care for any darkness.", Suddenly there appeared a great water-rat, who lived in the drain., "Have you a passport?" asked the rat, "give it to me at once." But the tin soldier, remained silent and held his musket tighter than ever. The boat sailed on and, the rat followed it. How he did gnash his teeth" and cry out to the bits of wood, 11, 36, Scanned by CamScanner


Page 4 :
and straw, "Stop him, stop him;, he has not paid toll", and has not, shown his pass." But the stream, rushed on stronger and stronger., The tin soldier could already see, daylight shining where the arch, ended. Then he heard a roaring, sound quite terrible enough to, frighten the bravest man. At the, end of the tunnel, the drain fell into a large canal over a steep place, which, made it as dangerous for him as a waterfall would be to us. He was too close to, it to stop, so the boat rushed on, and the poor tin soldier could only hold, himself as stiffly as possible, without moving an eyelid, to show that he was, not afraid., The boat whirled" round three or four times, and then filled with water to the, very edge; nothing could save it from sinking. He now stood up to his neck in, water, while deeper and deeper sank the boat, and the paper became soft and, loose with the wet, till at last the water closed over the soldier's head. He, thought of the elegant little dancer whom he should never see again, and the, words of the song sounded in his ears, "Farewell, warrior! ever brave, Drifting onwards to thy grave.", Then the paper boat fell to, pieces, and the soldier sank into, the water and immediately, afterwards was swallowed up by, a great fish. 0h how dark it was, inside the fish! A great deal, darker than in the tunnel, and, narrower too, but the tin soldier, continued firm, and lay at full, length shouldering his musket. The fish swam to and fro, making the most, wonderful movements, but at last he became quite still. After a while, a flash, of lightning seemed to pass through him, and then the daylight approached,, and a voice cried out, "I declare here is the tin soldier." The fish had been, 37, Scanned py CamScanner


Page 5 :
room. They were all anxious to see this wonderful soldier who had travelled, caught, taken to the market and sold to the cook, who took him into the, kitchen and cut him open with a large knife. She picked up the soldier and, held him by the waist between her finger and thumb, and carried him intothe, about inside a fish; but he was not at all proud. They placed him on the table, and – how many curious things do happen in the world! – there he was, the very same room from the window of which he had fallen, there were the, same children, the same playthings, standing on the table, and the pretty, castle with the elegant little dancer at the door; she still balanced herself on, one leg, and held up the other, so she was as firm as himself. It touched the tin, soldier so much to see her that he almost wept tin tears, but he kept them, back. He only looked at her and they both remained silent., Presently one of the little boys took up the tin soldier, and threw him into the, stove. He had no reason for doing so; therefore it must have been the fault of, the black goblin who lived in the snuffbox. The flames lighted up the tin, soldier, as he stood, the heat was very terrible, but whether it proceeded from, the real fire or from the fire of love he could not tell. Then he could see that the, bright colours were faded from his uniform, but whether they had been, washed off during his journey or from the effects of his sorrow, no one could, say. He looked at the little lady, and she looked at him. He felt himself melting, away, but he still remained firm with his gun on his shoulder. Suddenly the, door of the room flew open and the, draught of air caught up the little dancer,, she fluttered like a sylph" right into the, stove by the side of the tin soldier, and, was instantly in flames and was gone., The tin soldier melted down into a, lump", and the next morning, when the, maid servant took the ashes out of the, stove, she found him in the shape of a, little tin heart. But of the little dancer, nothing remained but the tinsel rose,, which was burnt black as a, 14, cinder"., -Hans Christian Andersen, 38, Scannea py CamScanner