Shivendra Singh
Myself Shivendra Singh worked in Kota as Physics Educator almost 10 years now I came in Sultanpur in covid pendemic in 2020. I have felt that students of Sultanpur need real guidance for JEE and NEET so I have started specialized PHYSICS coaching in Shashtri Nagar, Sultanpur for 11th and 12th (CBSE) , IIT-JEE and NEET. (Mentor and counsellor for IIT-JEE and NEET) WhatsApp your enquiry at 7014344748
Class Details
Physics
6.-EMI
Physics
Electromagnetic Induction
Enroll Now Enroll Now 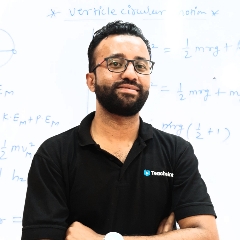 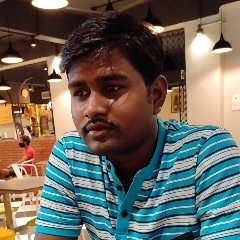 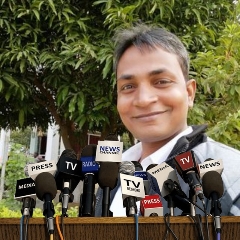 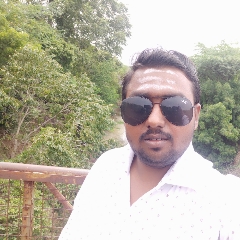 Question 3 :
A coil of insulated wire is connected to a battery. If it is taken to galvanometer, its pointer is deflected, because<br/>


Question 4 :
A metal ring is held horizontally and a bar magnet is dropped through the ring with its length along the axis of the ring. The magnet falls with an acceleration:


Question 6 :
If a magnet is plugged into a coil, then the magnitude of induced emf does not depend upon:


Question 14 :
Assertion: A magnet induces irregular currents in a metal sheet moving past it. Reason: Eddy currents are usually in circular pattern.


Question 15 :
Read the following statements and answer whether the given statement is true or false.Eddy current involves loss of energy in the form of heat.<br/>


Question 17 :
A conducting loop rotated with constant anguler velocity $$\omega$$ about its fixed diameter in a&#160; uniform magnetic field, whose direction is perpendicular to that fixed diameter.


Question 20 :
Two solenoids have identical geometrical construction but one is made of thick wire and the other of thin wire. Which of the following quantities are different for the two solenoids?


Question 21 :
A fan operates at 200 V(dc) consuming 1000 W when running at full speed. Its internal wiring has resistance $$1 \omega $$. When the fan runs at full speed, its speed become constant. This is because the torque due to magnetic field inside the fan is balanced by the torque due to air resistance on the blades of the fan and torque due to friction between the fixed part and the shaft of the fan. The electrical power going into the fan is spent (i) in the internal resistance as heat, call it $$P_1$$(ii) in doing work against internal friction and air resistance producing heat, sound, etc. Call it $$P_2$$. When the coil of fan rotates,an emf is also induced in the coil. This opposes the external emf applied to send the current into the fan. This emf is called back emf, call it e. Answer the following question when the fan is running at full speed.<br><br>The value of power $$P_2$$ is<br>


Question 24 :
The magnitude of the earth's magnetic field at the north pole is $${B}_{0}$$. A horizontal conductor of length $$l$$ moves with a velocity $$v$$. The direction of $$v$$ is perpendicular to the conductor. The induced emf is